More complete than ever

If you thought the Triumph Bobber was awesome, then the Triumph Bobber Black is certainly in a league of its own. This modern take on the bobber style seems to deliver on almost all fronts. A new version that does nothing but improve the performance of the family it belongs to.

Origin of the Bobber Black

For starters, its Fat Boy styling is an obvious inspiration from the bikes of the 1960s, also known as the golden age of custom bikes. Like its ancestors, this model is also highly customizable.

Up front, a 16-inch wheel is attached to a new 47 mm Showa fork, plus a dual 310 mm front disc brake with two-piston Brembo calipers to increase the bike's stopping power.

In addition, it offers excellent ride quality and rolls smoothly in second and third gear with total stability.

The sleek bodywork of the Triumph Bobber Black is stripped back to basics. However, the addition of a new LED headlight adds an original touch. As expected, the majority of visible elements (exhausts, pedals, gear shift, levers, handlebar risers, seat, engine, wheel hubs and headlight frame) are blacked out in order to achieve the desired effect.

As with other models the wide and flat handlebars remain much the same. However, this new model includes a new standard speed control. That said, the minimalist tradition is upheld with the single-seat aluminium seat adjustable in height taking its usual spot.

Although there are relatively few new elements to speak of, they add 9 kilograms to the final weight of the bike itself, meaning it weighs a record of 237.5 kg. Yet this seems to have little impact on the overall performance of the bike itself. 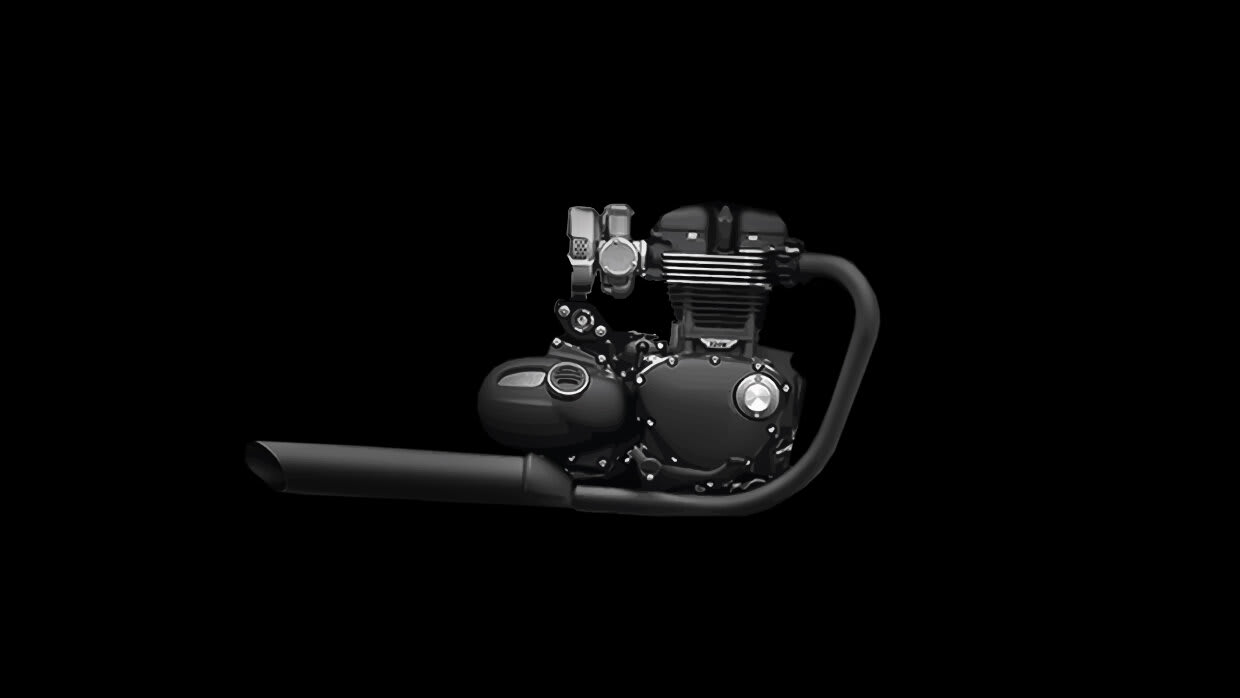 Powered by the same Bonneville HT motor as the Bobber, the Bobber Black differs minimally from its sibling in terms of engine power. The parallel twin-cylinder engine, which boasts an output of 77 hp and 106 Nm of torque is designed to directly emulate the model’s original engine, now over half a century old.

Though the 270-degree crankshaft does produce a little vibration, this in no way impedes the handling of the bike. In fact, many bike enthusiasts would argue that if anything, it adds to the model’s authenticity.

That said, while the Bobber Black has certainly taken on a new modern twist, the original features have been far from left behind and continue to take center stage. Plus, with over 120 accessories available there’s never been a better excuse to put your own personal stamp on this legendary model.

Styles for the Bobber Black

The Triumph Bobber Black, like the rest of the family, comes standard ready to adapt to a Bobber style, known worldwide as a custom style. Those looking for a bike with these characteristics, the Bobber Black is an ideal choice, especially if you also want to add a more modern and aggressive style, as this model has many of its components in black.