A legend more alive than ever

The Bonneville T100 is one of the most iconic models in the world of classic motorcycling. The timeless identity of the Bonneville engines and its recognisable silhouette have put it on the podium of the most famous bikes in history.

Origin of the Bonneville T100

Within this iconic engine, there are two main models that have been developed over the years.

On the one hand, during the years 2008-2016, the Bonneville T100 arrived to replace the carburetted model, known at the time as the Bonneville EFI, in the same range. This bike included, among other improvements, a certain increase in power, as well as electronic fuel injection. It was a change that led to a revolution. 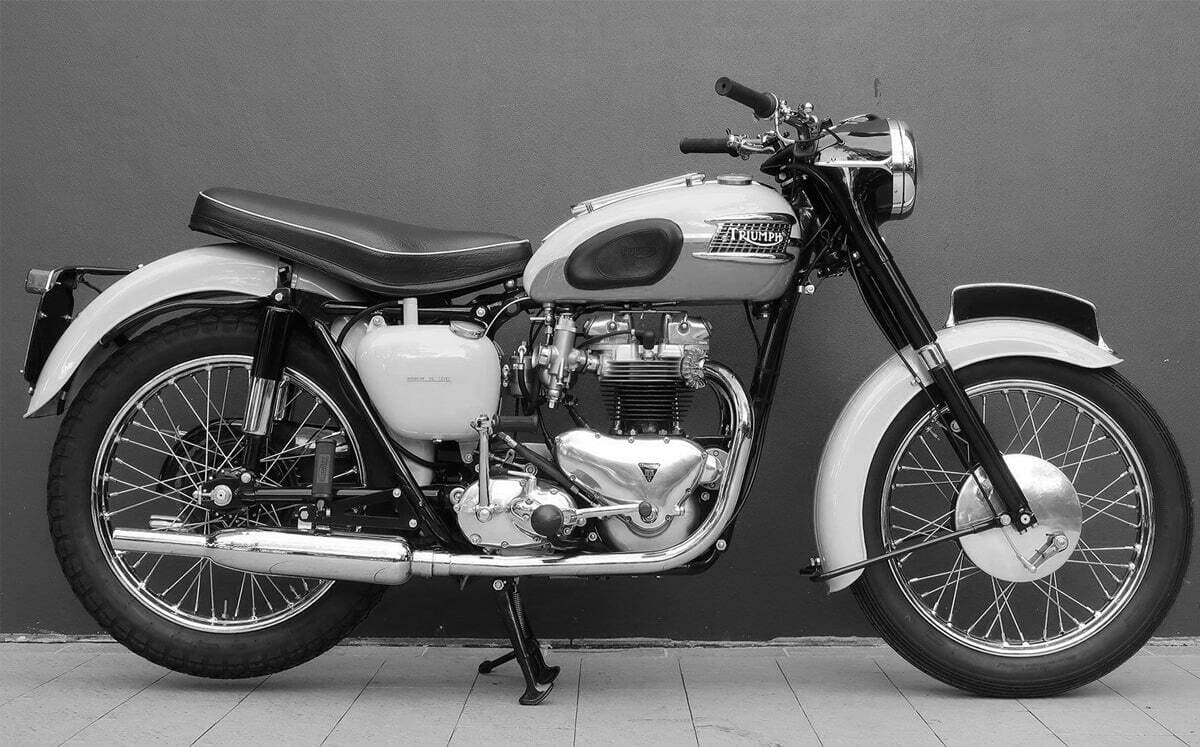 From 2016 to the present day, the Bonneville T100 was one of the models that gave entry to the new generation of liquid-cooled engines. This bike is the little sister to the Triumph Bonneville T120, and features a host of electronic and performance improvements over the previous generation.

For the real world

During the first period of the Bonneville T100 models mentioned above, 2008-2026, these bikes were petrol-powered and could only be ridden with an A licence, in their original configuration.

This is now a discontinued model but has been revived thanks to new updates in its more modern versions. An air-cooled engine with a cylinder capacity of 865 cc, delivering a maximum power of 68 hp.

The bike is originally equipped with single forks at the front and a double shock absorber with preload adjustment at the rear.

The brakes on both sides of the bike consist of one disc with two piston calipers each.

All these features are further enhanced in its latest version.

The new version of the Bonneville T100 is in production from 2016 to the present. You can drive it with an A driving licence and its environmental regulation standard is EURO 5.

The engine of this new version of the Triumph Bonneville T100 is a 900 cc water-cooled four-stroke twin-cylinder. Power output is 55 hp at 5900 rpm.

Suspension at the front is a 41 mm diameter fork and at the rear a double preload shock absorber with 120 mm of travel.

The bike is equipped with two disc brakes with two floating pistons each.

In terms of size, the new version of the Bonneville T100 is slightly smaller than its predecessor, measuring 2090 mm long and 785 mm wide. The highest point of the bike is 1114 mm and the wheelbase is 1439 mm. Its weight is 198 kg and its fuel tank has a capacity of 14 litres.

The styles to which the Bonneville T100 can be adapted are numerous. The versatility of this engine means that it can be adapted to most of the neoclassical styles we work with, some easier to achieve than others.

The Bonneville Brat Style is designed for those who love city bikes and comfortable riding. Everything is designed for a pleasant ride in town and over medium distances.

The Bonneville Scrambler style is ready for any plan, a bike adapted to all terrains, with no limits. An off-road machine that would know no boundaries. The hard suspensions and bulky fenders are its trademark, as well as the iconic raised exhausts.

A union that never goes out of fashion is the Bonneville Cafe Racer, the two concepts have always gone hand in hand since their conception. All the aesthetics of the classic style par excellence can be perfectly included in this bike, from its stylized single-seater cowl to front fairings and belly pans of great personality.

Last but not least, the Bonneville Dirt Track style. An uncommon concept but with great charisma, bikes initially conceived to drift to satiety on oval dirt tracks. At present, a piece that will leave no one indifferent.