The Triumph Thruxton became the bike of choice for those who wanted to feel the power under the saddle, all without losing any of its neoclassical style and essence. An engine that never leaves anyone indifferent and a safe bet for a Racer finish.

A motorcycle that represents the English spirit of the 1960s like no other. The history of the Triumph Thruxton dates back to the middle of the last century, with the rise of motorcycle production lines as demand increased. The Thruxtons found their niche in the market, with more and more neo-classic engine enthusiasts joining the ranks.

Thruxton's history is also closely linked to one of the most iconic neoclassical styles, the Cafe Racer. No other model has been able to dethrone the Thruxton, it is still considered the original Racer. During the 1960s, a whole generation of young people chose this bike for its ideal combination of style and sporting performance. 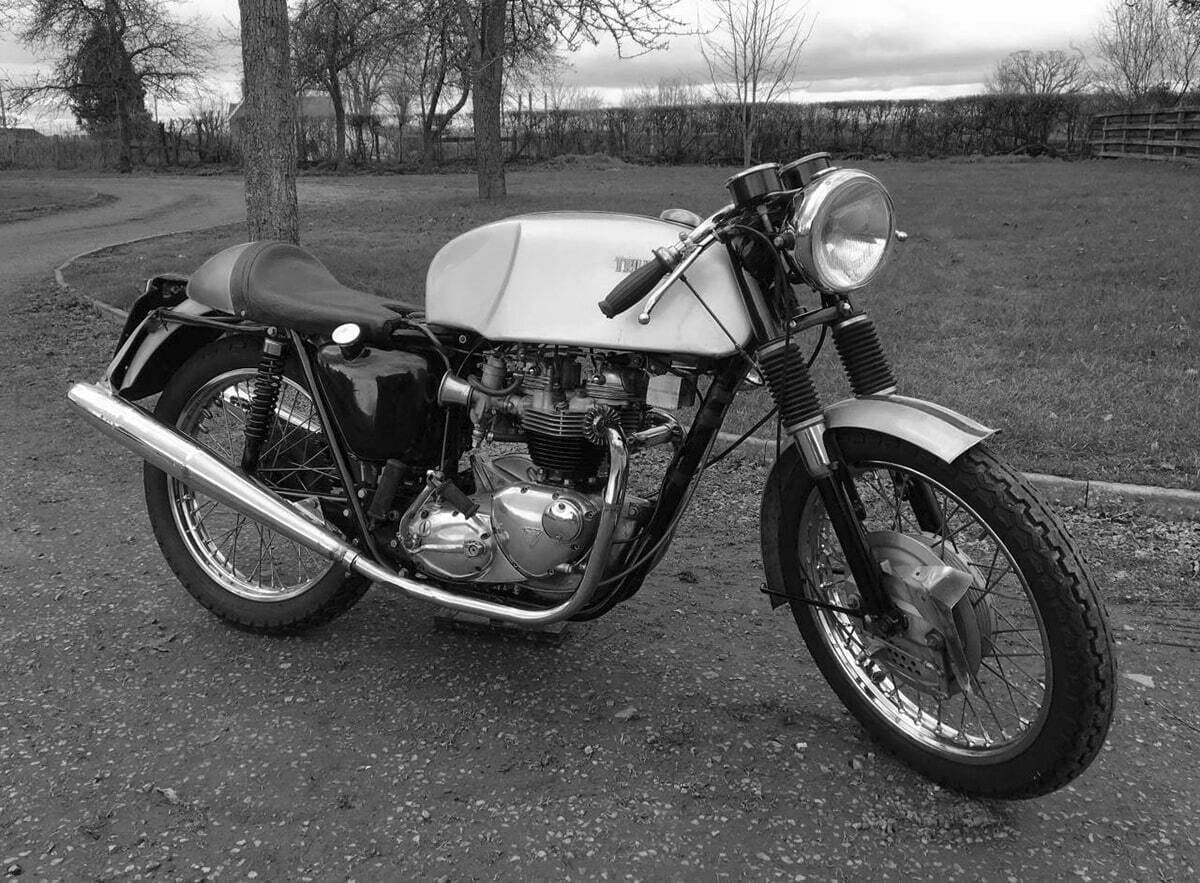 It was in 2004 that the movement gained strength in the British brand's line-up. In 2016 these popular bikes underwent major changes that updated the model to give it an improved riding experience and features more in keeping with the times. Today, it is the Thruxton 1200 RS that leads the Thruxton scene, a latest release that has gone one step further to satisfy the needs of speed lovers.

A natural evolution towards a much sportier and technological trend, but without losing sight of the aesthetic purity of the neoclassical styles. The 1200 engines are those more in keeping with the Racer trend, versatile motorcycles known for their clear sporty approach. A superb road handling that gives the feeling of riding a real classic bike, but only on the outside, because inside it has the most advanced technology. A bike that is also synonymous with power and safety.

The Thruxtons, in their early days, emerged as an alternative to the Bonneville in the neo-classic market. Long before the 1200 engines, the Thruxtons were launched with a 900-carburettor engine. A classic trend with a much steeper riding position against the tank and rear footrests has brought today's Thruxtons back to the top of the neoclassic motorcycles class. 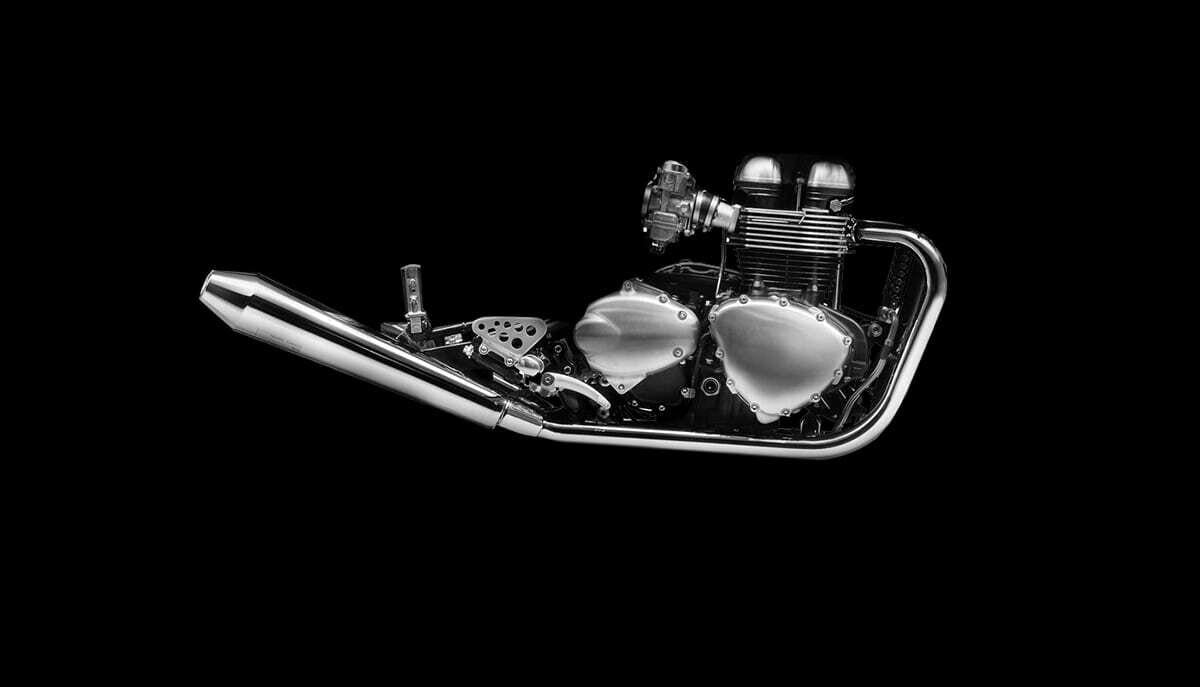 The Triumph Thruxton range has gained a lot of experience since its inception, but has always maintained its place thanks to its powerful engine. A low bike concept with a more aerodynamic position for those looking for speed. A bike that has made great progress not only in its appearance, but also in performance and technology.

If there's one place where the Triumph Thruxton fits in, it's in the Cafe Racer style. Its aesthetic characteristics and performance have secured it a place on the podium of this iconic neoclassical style. It is the ideal choice for those looking to feel the Racer spirit at its best.

Its aerodynamic position with rear footrests makes the conversion to this style much quicker and easier.

The more than 100 conversions carried out on these neoclassic engines have allowed us to specialise and become the largest converters of motorcycles with Triumph engines in the world. Specialisation is a fundamental pillar of our work philosophy and what allows us to achieve our clients' dream bike.

The Triumph Thruxton models are the most sought-after models for those looking for a sporty motorcycle without departing from a classic aesthetic. Not only do they reflect the main aesthetic features of the 60's era, but they are combined with the modern features and technological advances on the market. A timeless union that makes it possible to create true works of art, fully functional.